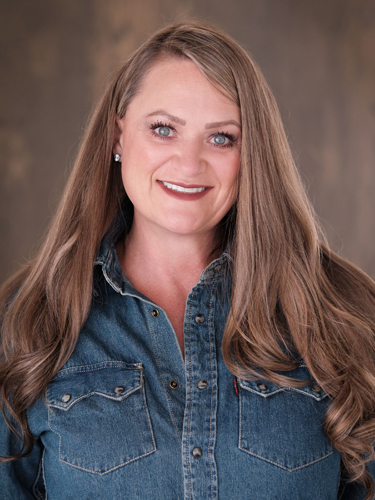 A third-generation tank builder, Sabrina Ansley has been involved in D&R Tank Company’s operations since she was old enough to walk the site. In a more official capacity, Sabrina began maneuvering her way up through the company in 1998; first working in customer service and swiftly realizing that if she wanted D&R’s legacy to continue, she needed to become intricately involved in all elements of the operations. In 2005, Sabrina’s track record of excellence and involvement paid off and she stepped into the role of Chief Operating Officer. Under the figureheads of her father and uncle, Sabrina saw to the day-to-day management of D&R Tank Company as COO until purchasing the company with her husband in March of 2021. Sabrina is now leading D&R as the president and CEO, serving every day at the same level of distinction that has led to consistent increases in annual revenue since her instatement.

D&R Tank Company believes in “doing it right the first time” and Sabrina exemplifies that ideal by providing cost-efficient, safety-first estimates while maintaining a loyal workforce with above-average retention rates. Having hired and retained an outstanding team, Sabrina is able to oversee and aptly delegate all aspects of project coordination, fabrication, and engineering, while ensuring business growth through superb brand positioning, a strong focus on operational excellence, and annual revenue growth. 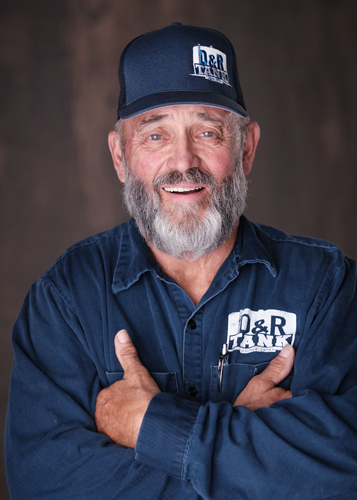 In 1980, Gene was in college studying accounting, not especially enjoying himself. He came home one summer to help a friend with some fabricating projects and thought, “well this is way better than accounting!” 42 years in the industry and over 36 years with D&R Tank Company later, Gene continues to enjoy welding and fabrication every bit as much as he did that first summer. He started with D&R in 1986 as a welder, moving to shop foreman where he served for 31 years. In 2021, Gene was promoted to Chief Operations Officer. Sometimes looked at as a counselor and father-figure to the crew, Gene particularly enjoys when he gets to be involved in more creative and artistic projects. He finds joy in traveling, meeting new people and making connections, and keeping his family busy and happy.

A recognized leader in OSHA Compliance and holding certifications in welding, NCCCO Crane license, crane rigging, CPR, and more, Dusty Vega has been with D&R Tank Company for nearly 20 years. Though he began welding as a hobby, building pipe ends when he was “knee high to a grasshopper,” he is now our Vice President of Field Operations. In 2004, when Dusty was hired as a shop helper, he gleaned inspiration from his coworkers and had a thirst to move upward—from helper to welder, from welder to lead man, then acting as a foreman for 14 years, and finally being promoted to VP of Field Operations in 2021. In addition to his thirst for excellence, Dusty is driven by his joy in figuring out how to compose all the intricate details into a beautiful final product. 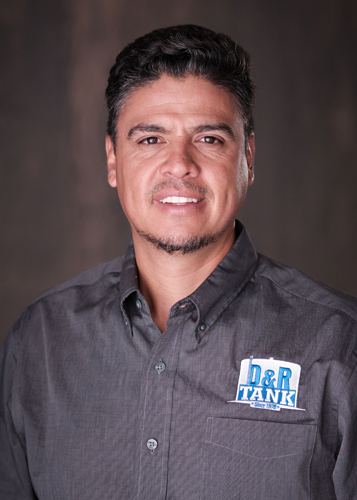 While Noel Vargas has only been D&R Tank Company’s Vice President of Coatings since Spring 2021, he is no newcomer to the industry. A second-generation construction worker, Noel had his own construction business for a time before coming to work for D&R Tank Company in 2014 where he started as a welder and was promoted from within to painter foreman. Serving as paint foreman for 7 years, he has made a name for himself at D&R by maintaining certifications in welding, NACE II, CPR, scaffold awareness, and much more. Noel feels that it’s important and gratifying to stay busy at work and, as such, he manages teams both in the workshop and in the field—doing a little bit of everything so he can enjoy watching plans turn into action!

We use cookies on our website to give you the most relevant experience by remembering your preferences and repeat visits. By clicking “Accept All”, you consent to the use of ALL the cookies. However, you may visit "Cookie Settings" to provide a controlled consent.
Cookie SettingsAccept All
Manage consent

This website uses cookies to improve your experience while you navigate through the website. Out of these, the cookies that are categorized as necessary are stored on your browser as they are essential for the working of basic functionalities of the website. We also use third-party cookies that help us analyze and understand how you use this website. These cookies will be stored in your browser only with your consent. You also have the option to opt-out of these cookies. But opting out of some of these cookies may affect your browsing experience.
Necessary Always Enabled
Necessary cookies are absolutely essential for the website to function properly. This category only includes cookies that ensures basic functionalities and security features of the website. These cookies do not store any personal information.
Non-necessary
Any cookies that may not be particularly necessary for the website to function and is used specifically to collect user personal data via analytics, ads, other embedded contents are termed as non-necessary cookies. It is mandatory to procure user consent prior to running these cookies on your website.
SAVE & ACCEPT